Cinnamon dishes are loved and enjoyed by many Vietnamese people 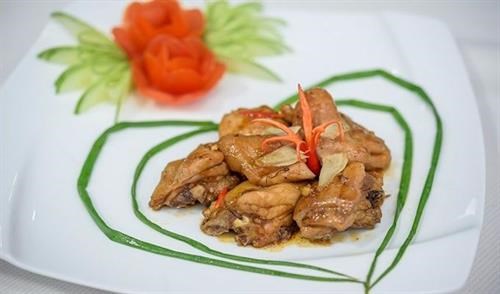 Ingredients include chicken, cinnamon, green onions, dry onions, cooking oil, sugar, seasoning, and fish sauce.
Cut chicken into large, thick pieces first. Marinate the chicken with water distilled from sugar, seasoning powder, the first part of green onion and purple onion together with a little fish sauce and cooking oil.
Stir-fry the onions and then fry the chicken with cinnamon. When the meat has been re-hunted, fill the tattoo with water about the size of the face and braise until the water is soft, the meat is soft. When sprinkled with a little more pepper, the dish adds a spicy flavor. Stewed chicken with cinnamon has a very specific aroma of cinnamon, chicken is soft and sweet.

Ingredients include basa fish, cinnamon powder, fish eggs, spinach, salt, pepper, cooking oil.
Cut fish to taste, marinated with salt, pepper, cinnamon, cooking oil. Making anise cinnamon sauce: Add soy sauce, sake, sugar, powdered cinnamon and star anise to puree and then bring to a boil on low heat until the sauce slightly matches.
Bring the marinated fish to a pan with some cooking oil to cook. While pan-fried, spread the layer of anise cinnamon over the fish. Spinach leaves blanch in boiling water with some cooking oil. Put the fish on a plate. Served with tobiko roe, remaining sauce and spinach. 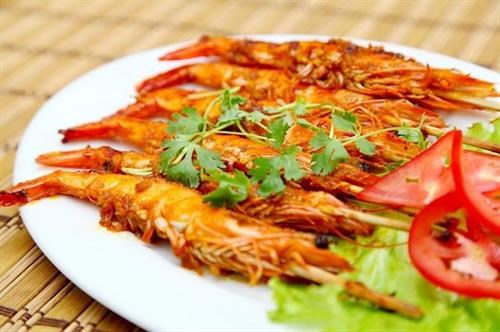 Ingredients include shrimp, chopped shallots, cinnamon powder, white wine, seasoning powder, cooking oil, brown sugar.
Black tiger shrimp washed, peeled off the body, leaving only the back, except for the tail, cut off the legs and beards and then shock with white wine.
Marinate shrimps with seasoning powder, sugar, red onion, cooking oil and half of cinnamon powder for about 15 minutes to infuse spices, then put on the grill and bake until cooked. When arranged on a plate, sprinkle the rest of cinnamon powder to enjoy.
Have a good meal and keep following us for more delicious dishes!