Now i will introduce how to make apple and cinnamon bread, this dish is delicious and easy to make. Moreover, it is very fragrant and sweet. When you let someone eat this bread, it is gonna melt their heart immediately!

1.Apples are washed, cut into small cubes, then squeeze the juice of 1/2 lemon into it to reduce darkening 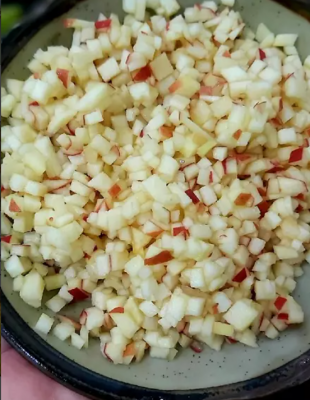 2.Put butter in a pan until melted and then put apples to stir on high heat until the water dries up and add honey (at this time you can add any sweetness to fit your taste). Let it simmer on low heat until the apples are clear and thick. Ater that, add flour, stir in cinnamon( or cassia split ) and turn off the stove. 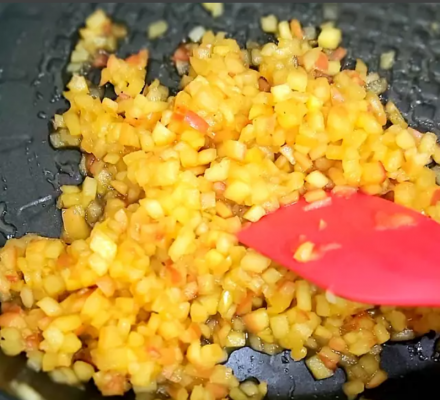 3.Sandwich cut off the edges, use a rolling pin to roll it out thinly.

4.Use a brush to spread eggs around the sandwich and then put the apple filling in half of the cake, the other half use the tip of a knife to cut 3 lines and then fold the sandwich in half. Use a fork to squeeze the edges of the bread 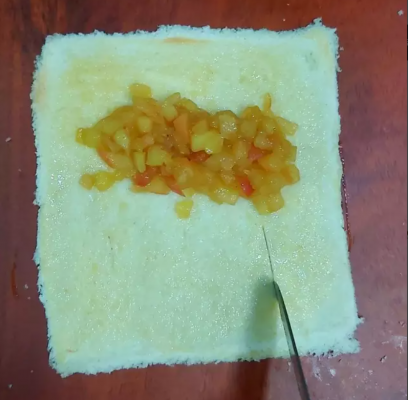 5.Turn on the oven at 180 degrees. While waiting for the oven to heat up, use a brush to spread the egg on top of the bread, then put it in the oven for 10 minutes until golden.

(Note: if the oven is small, set the temperature to 160 degrees Celsius) 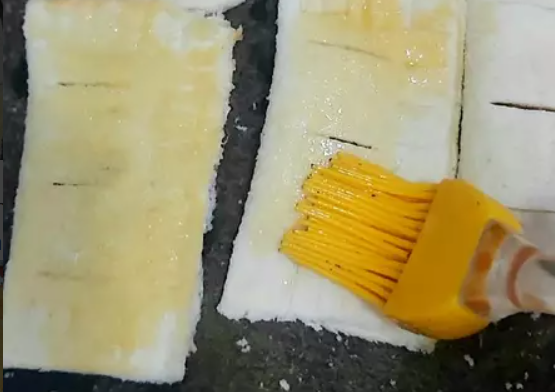 When the cake apple and cinnamon bread is done, take it out of the oven and place it on a rack to cool. When cooled, you can see the crust is very crispy, and the apple filling is fragrant with cinnamon. If you can’t eat it all, put it in a sealed jar! 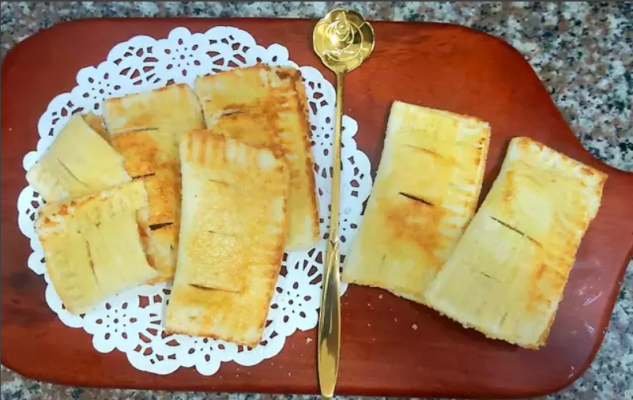