Skip to content
Have you ever tried a beverage containing cinnamon in Vietnam? If not, start loving the fragrance by making honey cinnamon orange tea for the day of erratic sunshine and rain. Honey cinnamon orange tea when combined together can help keep your body healthy and refreshed.
Cinnamon is a type of aroma commonly used in familiar dishes of Vietnamese people. Cinnamon looks lumpy but offers many health benefits. The essences in cinnamon help reduce blood sugar, increase the body’s resistance …
In addition, after a high-fat meal, you can use cinnamon to reduce the effects of substances that are harmful to the body. When buying cinnamon, if possible, you can use a knife paring the cinnamon tube, if the essential oil is good quality cinnamon. When not using a test knife, you can put cinnamon on the nose to smell, quality cinnamon has a characteristic aroma but does not cause a strong feeling.
The days Saigon changes season, sudden rain and rain make you susceptible to colds. Honey cinnamon orange tea helps you recover quickly. A beverage that both refreshes and acts as a natural “medicine” for the body. 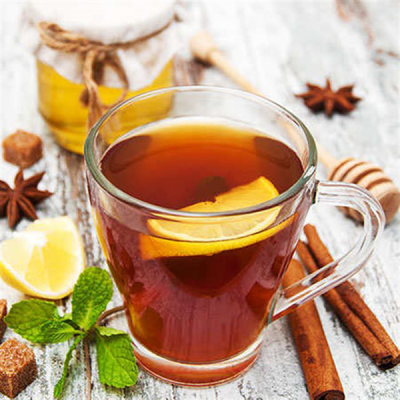 Orange juice about 50ml of water, remove the seeds. Can cut 1-2 slices oranges for garnish. To choose fresh, juicy oranges, squeeze oranges into the oranges to see that there is essential oil secreted. Fresh orange when squeezed will give a lot of water, sweetness, beautiful color.

Wash cinnamon profile to remove dirt, put cinnamon into the pot with a generous amount of water and cinnamon on the stove to cook for 2-3 minutes to remove all cinnamon oil. When the water turns red-brown, turn off the heat. Use cinnamon sieve strainer and cinnamon residue to make cinnamon water clear and beautiful.

Add sugar water, orange juice, cinnamon juice, ice cubes to a shaker, shake well for about 30 seconds and then produce a glass.
After shaking, you can take cinnamon bark into tea to increase flavor. Garnish with a few slices of orange and cinnamon bark. 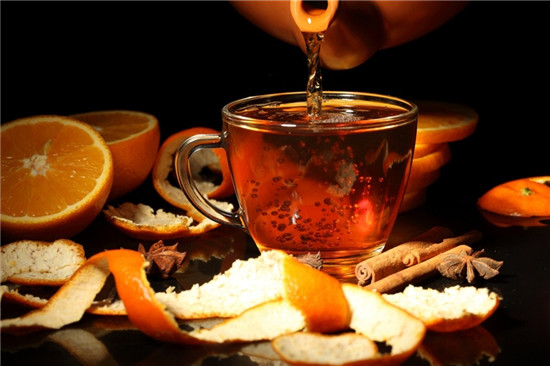 If you don’t want to drink tea from fresh oranges, you can replace it by cooking dried orange peels with cinnamon on the stove, then adding honey. Thus, you will immediately have a cup of cinnamon orange tea to heat up the smell of essential oil, wake up all senses.
Along in the tea oil to help refresh the spirit, dried orange tea is also a suggestion not to be missed. Similar to how to make hot orange cinnamon tea, when making dried orange tea, you only need to use dried orange peel to cook with water, then add a little sugar or combine dry dried orange peel with black tea.
Orange honey cinnamon tea in addition to orange flavor, familiar sweet and sour honey, aromatic cinnamon aroma will not only help you refreshments but also help the spirit of comfort. How to make a jar of honey cinnamon orange tea is not too difficult, you can spend about 20 minutes to have a delicious aromatic drink immediately.
Follow me for more information on cinnamon! Thanks everyone!