Cinnamon rolls with vanilla have many varieties it may look the same from the outside, but there are also several different types. Some have a base vanilla glaze, while others are topped with a creamy cheese coating. Some have raisins, and others simply add butter, cinnamon, and sugar for the perfect filling. Also, two cinnamon rolls can have similar ingredients, just completely different textures – one pliable, the other crumbly. As long as you start with a solid cinnamon roll recipe, you can change it up to your liking.
This recipe creates a classic and delicious cinnamon rolls with vanilla topping. It’s simple and the perfect base to try out new flavors and fillings. For the perfect fall flavor, add nutmeg, cloves and all to your filling. No matter how you customize this recipe, your kitchen will smell like your favorite bakery in no time. 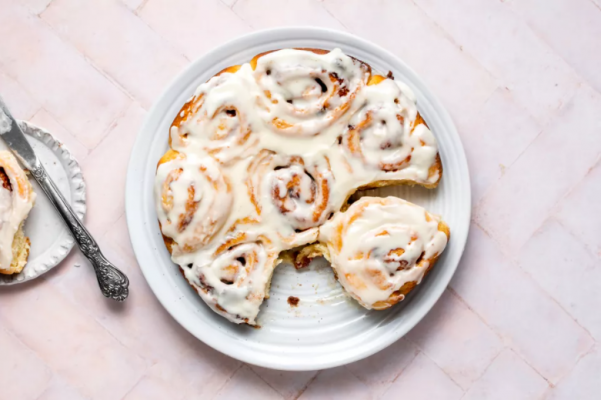 Note: while there are multiple steps to this recipe, these cinnamon rolls are broken down into workable categories to help you better plan for preparation and baking.

Fill, Roll, and Bake the Rolls