The following article will bring you the most accurate assessment of the trend of Detox with honey cinnamon tea.

Using cinnamon stick and honey to lose weight is now becoming a popular trend that received countless compliments from bloggers and weight loss followers for weight loss and bodybuilding. But like many weight loss trends, we all doubt whether the claims about its ability to purify the body as well as help lose weight by how many percent is true?

Instead, simply add these two ingredients to your diet. In the morning and before bedtime, drink a cup of this herbal tea while your stomach is empty. Some people have tried making claims that its purifying ability has helped them eliminate fat from the body and lose a lot of weight.

Here is the way to do:

– Put cinnamon tea into a cup and change the boiling water to immerse it, soak in it for 3 minutes.
– When the water in the cup has cooled, add honey
– After stirring, divide the obtained mixture into two servings in the evening before going to bed and early in the morning. And remember that you must store it in the refrigerator to avoid damage.

Do not add too many calories to the body before going to bed. “Limit yourself to one teaspoon of honey at a time, and using this recipe doesn’t mean you can eat hamburger or french fries at night!”

2. What does the expert say?

There has never been any scientific argument to support the claims on the internet, helping you to lose weight without having to change anything in the diet, ”Amy said,“ however. There are several studies showing that both honey and cinnamon can help you lose weight thanks to the mechanism of preventing fat accumulating in the body. Honey is also a substitute for sugar in weight loss menus. ”

So, maybe using this purifying tea will not bring you the miraculous weight loss effect you expect, but if you intend to change your unhealthy eating habits with a little promote weight loss, this is a great drink for health.

– Reduce blood sugar
– Increases resistance
– Anti-oxidant ability
– Kill the bacteria
– Reduce lipid concentration (reduce cholesterol accumulation in the blood)
– Reduce the harmful substances to the body if using it after you’ve just eaten a meal with too much fat. 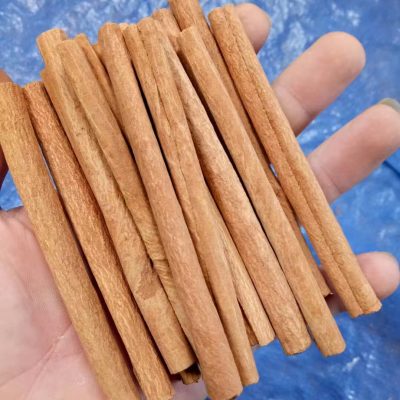 – Has high content of antioxidants, prevents the formation of cancer cells
– The ability to kill fungi and bacteria
– Prevent the formation of inflammation and ulcers inside and outside the body
– Prevent health problems related to glycemic index
– Helps relieve cough and sore throat
– Has been shown to increase energy if used with dried figs
– Adjust the blood sugar level because it is resolved more slowly than normal sugar when taken into the body