Among the flavors of bread, my favorite is the smell of cinnamon roll bread , grape and almond . The gentle aroma of Vietnamese cinnamon and grapes combined with almonds is indescribable. 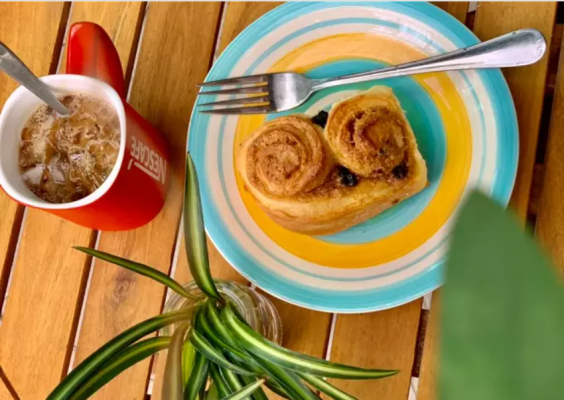 The filling of the bread :

Enjoying this bread for breakfast or late afternoon rain are so suitable!