Skip to content
Cinnamon has always been known as a product with many effects on human life. The parts of cinnamon tree from bark, leaf, flower, branch, to cinnamon wood are useful for daily life. If the flowers, leaves, branches, bark used to process cinnamon essential oil, cinnamon flower used to make tea, then what is the effect of cinnamon wood? The following article will help us better understand this industrial tree.

The effects of cinnamon wood in handicrafts

Benefits of cinnamon in human life especially in handicrafts are hard to match. Cinnamon is grown mainly in moist tropical mountains. The components of cinnamon from the root, tops, leaves, branches, flowers, bark, and wood all bring economic value to the ethnic people planting cinnamon.
The cinnamon growers themselves are wondering, “What are the benefits of this perennial industrial crop that they don’t know?”. As a matter of fact, only people in cinnamon growing area can see the effects of cinnamon in handicraft industry.
Knowing that cinnamon wood works for the handicraft industry, a lot of people are curious and excited, including myself. The effect of cinnamon stem in the land rich in cinnamon tradition is therefore also fully exploited and utilized to the maximum extent and most effectively. 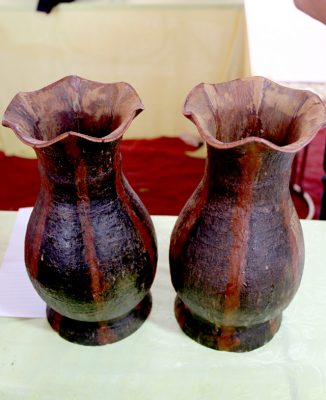 Cinnamon is very important for farmers

Especially, when you come to cinnamon planting area of ​​Van Yen district (Yen Bai), you will be “interested in” to satisfy this curiosity more clearly. Coming to the production area of ​​this place, you will see an aromatic smell of cinnamon. When it has a strong smell and when it wafts. This will make you want to breathe.
And also only come to the ethnic minority people to grow cinnamon, to the land for many years sticking to cinnamon cultivation and taking cinnamon as the source of life. You will know how the real cinnamon wood is effective in handicrafts? 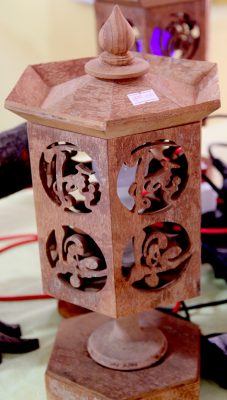 The effects of cinnamon wood in handicrafts in Van Yen district (Yen Bai) is a new and potential industry. Thanks to cinnamon stem products that can enhance the effects of cinnamon stem since it is only used to make wood for firewood, it has been used to make products for everyday life.
Especially when branded products are exported to neighboring countries and around the world. Thanks to the skillful hands of skilled artisans, cinnamon stem can produce diverse and effective products for humans such as watches, lamps, toothpick boxes, flower pots, cinnamon sandals, …
All are exquisitely designed and highly artistic. Many products from cinnamon wood are selected for display at fairs and exhibitions such as Que Festival, Exhibition of Tourism 2016, Dong Cuong Temple Festival … These are all products made from cinnamon stem. High quality and favored by domestic and foreign tourists.