Currently, Bac Ha cinnamon is consumed internationally as well as domestically, particularly in those nations that are known for their strict eating habits.

There are 2 facilities for processing cinnamon alone in Nam Det commune. Products made from Bac Ha cinnamon are exported to several nations, including Singapore, India, Thailand, Malaysia, and Bangladesh, in addition to being eaten domestically. The Chinese market has received imports of essential oils. nations in Europe and America. In Nam Det Commune, Bac Ha District, Ms. Ban Thi Lieu, the cooperative’s deputy director, stated: “Our cooperative often produces in accordance with orders from each country. The cooperative is now processing three different forms of cinnamon bark: chopped cinnamon, cinnamon sticks, and flute cinnamon. All of these goods are sent to the US and India for use as ingredients in food firms. 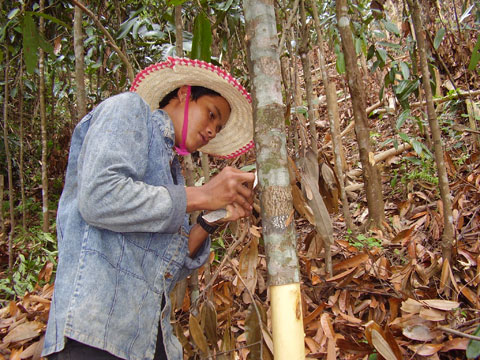 Bac Ha cinnamon is being grown on more than 9,000 hectares in Bac Ha. The greatest area in the district is found in Nam Det commune. Here, cinnamon is grown by every single home, making it the principal crop and a significant source of revenue for the locals. Local authorities have put many different methods into practice in order to continually raise the value of cinnamon goods. Chairman of the People’s Committee of Nam Det commune in the Bac Ha district, Mr. Dang Xuan Phuong, stated: “Planning production locations with entrances for businesses to use for direct, deep processing without middlemen. When the roads are congested, it will be more convenient for businesses or consumers to arrive if I continue to build the infrastructure and roadways.”

Bac Ha cinnamon tree alone is worth over 300 billion VND in 2021, or 25% of the region’s entire agricultural production value. In addition to assisting individuals in escaping poverty, cinnamon has made several Bac Ha households wealthy. Vice Chairman of the Bac Ha District People’s Committee, Ms. Chu Thi Duong, stated: “Products made with Bac Ha cinnamon have been sold to Europe, but that market is quite competitive. We came to the conclusion that we would keep growing the market in the future. By 2025, the organic cinnamon acreage must grow by roughly 3,500 hectares while paying attention to quality concerns.” 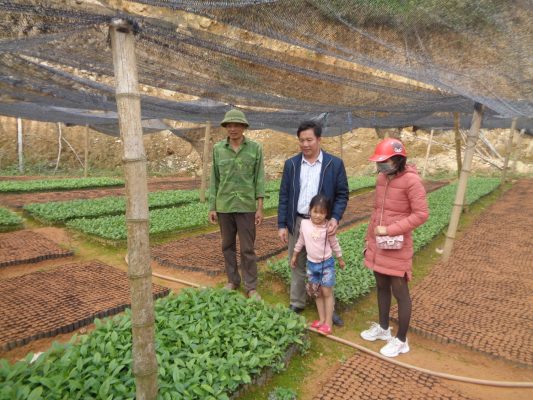 In order to produce organic cinnamon goods, various units and companies are now investing in the processing of cinnamon in Lao Cai. This is a route that enables cinnamon goods from Bac Ha specifically and Lao Cai generally access the global market more deeply in addition to promoting the sustainable growth of cinnamon trees and increasing their worth.