Skip to content
The use of dried cinnamon bark with health and beauty has been proven by traditional medicine and modern medicine. Not only good for health, cinnamon flavor and aroma are also loved by many people. However, not everyone knows how to prepare more delicious dishes and drinks with cinnamon. Here are some suggestions for you to feel comfortable adding cinnamon to your daily diet.

Drinking water made from dried cinnamon bark every day is a simple way for you to control blood sugar, reduce the amount of bad cholesterol in the body, protect the heart, strengthen the brain, support the treatment of the common cold, relieve pain. arthritis pain … This is also a way to reduce excess fat, weight control so that you soon own a slender waist, beautiful figure.
Just take a few dry cinnamon sticks, put in a pot, add water and boil for about 10 minutes. Put cinnamon juice in a large jar and enjoy it throughout the day. A simpler way is to prepare cinnamon powder, take a little boiling water and sprinkle cinnamon powder on. Wait about 1-3 minutes like making regular tea and enjoy a cup of sweet, warm cinnamon tea. You can also use cinnamon water instead of light coffee to “wind up the spirit” for a productive day.

If you can not leave the morning coffee, do not be too forced because we can still enjoy the coffee and benefit from the superior advantages of dry cinnamon bark. What you need to do is add some cinnamon powder to your morning coffee. Adding cinnamon powder to coffee not only increases alertness, but also helps you cut down on sugar (only contains empty calories, not good for health) effectively. Because cinnamon has a mild sweetness, if you add cinnamon, you can reduce the amount of sugar in the coffee. The characteristic aroma and aroma of cinnamon also makes a familiar coffee cup an exquisite and interesting experience.

Dried cinnamon bark, honey, lemon are the perfect combination for you to lose weight fast and bring great health benefits. You only need to take a little water to boil, add a few pieces of dried cinnamon bark to soak, add 1 teaspoon lemon juice and 2 tablespoons of pure honey to stir. This spicy, sour, sweet sweet drink will give you the energy to start your day full of life. It also helps you purify the body, eliminating toxins to improve overall health. Instead of toxic sugar-rich drinks, this simple cinnamon tea is a “health gift” for you to treat friends and relatives. 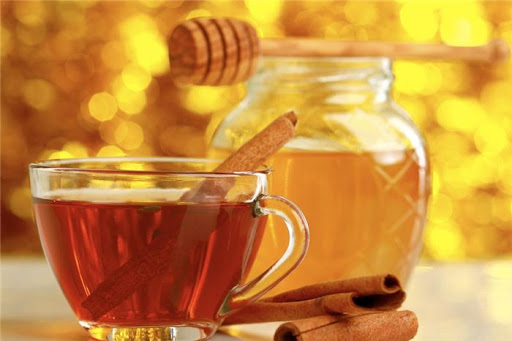 Oatmeal with a little bit of fruit (fresh or dried as you like) is an ideal nutritious breakfast for your health. This porridge not only reduces excess fat in the body but also helps to keep the digestive system running smoothly and healthily. However, if you are too tired of the usual oatmeal porridge, please change it with a little dry cinnamon powder to make the dish more delicious and attractive.
Just sprinkle cinnamon powder on a bowl of oatmeal porridge, mix well and you can enjoy your breakfast in the tender aroma of cinnamon. In addition, you can also put water and dried cinnamon bark to boil for about 10 minutes. Get dried cinnamon water mixed with oatmeal to make it expand. Add fresh fruits and enjoy.

Smoothies are a favorite among young people. Overall, this drink is delicious and quite nutritious. However, their benefits will double if you add a “powerful assistant” for health as dry cinnamon bark. You can choose any fruit you like, wash it, put it in a blender with dry cinnamon powder and milk. Puree all ingredients, pour mixture into cup, decorate and enjoy. This mixture is rich in nutrients so you can use them right after training to keep your body toned, your health improved.

Add to the pies 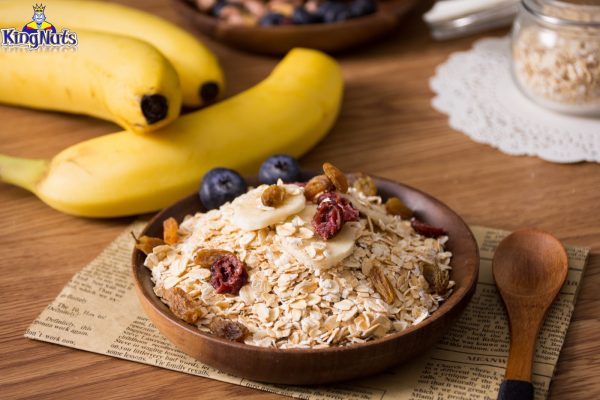 Tam Thanh dry cinnamon bark can improve the flavor of dishes. This is what most of us know. However, few people know that cinnamon not only makes food more delicious, but also helps us enjoy sweets more comfortably.
Why is that? For obese people, diabetics, people who need to keep in shape … always have to stay away from sweet baked goods like cakes, apple pie, cookies. However, if you add a little cinnamon powder, these pastries will become “healthier”. Cinnamon will regulate blood sugar, speed up metabolism in the body thereby preventing fat accumulation and slowly burning the fat already available. The presence of cinnamon also reduces cravings for you to eat moderately and protect your health.

If you are trying to gain weight or gain muscle, then add 1-2 tablespoons of cinnamon powder to a protein supplement. This way not only changes the taste but also affects the formation of muscle in the body, helping the body slimmer, firmer.
Follow me for more information on cinnamon! Thanks everyone!