Expanding the area in parallel with the planning of planting areas, and effectively exploiting the potential of cinnamon is a sustainable direction. Helping people (especially ethnic minorities) escape poverty and get rich righteously. With the advantage of easy planting, few pests and diseases, it only takes care in the first 3 years, from the 7th year onwards, it can be exploited and pruned and will give high value when planted for 15 years or more. Cinnamon has become a traditional plant and maintained until now in Van Ban. 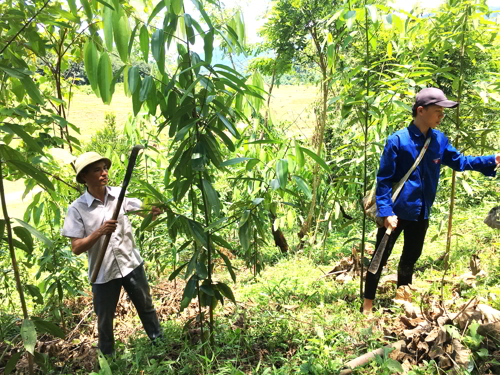 To make the most of cinnamon products, the district has been interested in coordinating the implementation of programs and projects. integrate and open training courses to improve knowledge on techniques of planting, tending, harvesting, and preliminarily processing quality cinnamon products at higher prices, ensuring export demand. Policies to encourage planting, and link to product consumption are implemented by the local efforts so that cinnamon is raised in value…It is known that the cinnamon purchasing facility of Ms. Hoang Thi Tuoi’s family in Khoo Ngoa village, Liem Phu commune has become a reliable address for cinnamon-growing households in the southern communes of Van Ban district. Each year, the facility purchases nearly 100 tons of fresh cinnamon. Ms. Tuoi’s facility has invested in a branch stripping machine to take advantage of shredded cinnamon bark. For grade A barks, she hires workers to plan, peel, and preliminarily process into rows of flutes, cigarettes, etc., helping to create jobs for many local workers.

Thanks to the district’s plan to development from cinnamon growing areas, people have focused on expanding the area, applying to plant, tending and planting techniques on the harvested area… Up to now, Van Ban district has nearly 700 cinnamon hectare. On average, each year, the whole district sells to the market more than 200 tons of dried cinnamon bark and many by-products such as branches, leaves, and wood, creating jobs for many local workers. As a result, people’s living standards have been improved, many families have become well-off and rich with an income of 200 to 300 million VND per year. 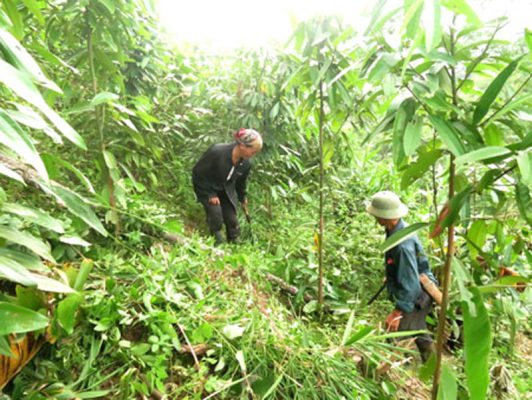 Focus on economic development from cinnamon

In recent years, in order to develop a sustainable cinnamon growing area and exploit the potential of cinnamon with high economic efficiency, localities in the Van Ban district have paid great attention to the quality of varieties and gardens. Prioritize funding sources for construction of roads to disadvantaged areas to facilitate exploitation and transportation. Integrating projects to support seeds, fertilizers, and putting cinnamon in the commune’s annual afforestation plan, and at the same time have many policies to attract investment in order to maximize the potential and advantages of cinnamon.

From the economic efficiency that cinnamon has brought. In the near future, Van Ban district will set out a policy to develop an organic cinnamon growing area, focusing on developing and planning the area for growing raw cinnamon. Continue to develop appropriate mechanisms and policies to encourage businesses and establishments to process high-quality cinnamon from Vietnam products to invest in the Van Ban district. Striving to complete the Lao Cai organic cinnamon production and processing factory of Vietnam Anise Cinnamon Production and Export Joint Stock Company in Liem Phu Commune in 2022. Create opportunities to maximize exploitation and improve the quality of Van Ban cinnamon products.