In recent years, full grown cinnamon tree has brought a good income, and people in Thanh Binh commune have focused on expanding the area. With more than 130 hectares of cinnamon, concentrated in the villages of Lao Hau, Sin Chai, and Sin Ho… Some people here have invested in planting cinnamon since 2014 until now, according to the State’s Post-Investment Afforestation Support Project. Currently, some vietnam cinnamon areas have harvested branches and leaves, many households have a good income from these areas. 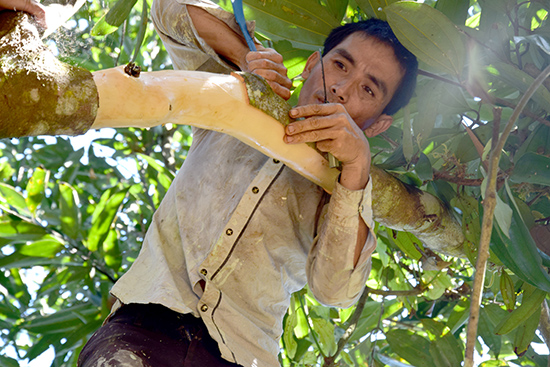 Mr. Trang Van Truong’s family in Sin Chai village, Thanh Binh commune said: His family has planted 3.5 hectares of cinnamon since 2015 to replace the Xoan tree. Growing cinnamon, like other forestry trees, has to work hard to care for the first 2-3 years, then the tree closes the canopy without having to take care of weeding. But cinnamon from the 4th year can be pruned, thinned trees to sell gradually. Up to now, his family has sold 2 batches, with the price of 1,700 VND/kg of dry branches, each harvest has earned nearly 15 million VND, which is almost equal to the amount the family has invested in this cinnamon garden. For cinnamon to grow, a cycle of about 14-15 years would yield about 400-450 million VND per hectare. Previously, although only 7-8 years old, Xoan plantation was exploited, but not as fully exploited as cinnamon trees. Along with that, full grown cinnamon tree also contributes to greening bare land and bare hills, increasing the rate of forest cover in the commune. Initially, cinnamon trees have been harvested to bring income to people, but Thanh Binh commune is not in the cinnamon growing area of ​​the district, province, party committee, and commune authorities also recommend that people should not expand the area. Actively propagandizing to people to see which land must be planted, but now cinnamon has also contributed to a part of income for households growing cinnamon for households in recent years. 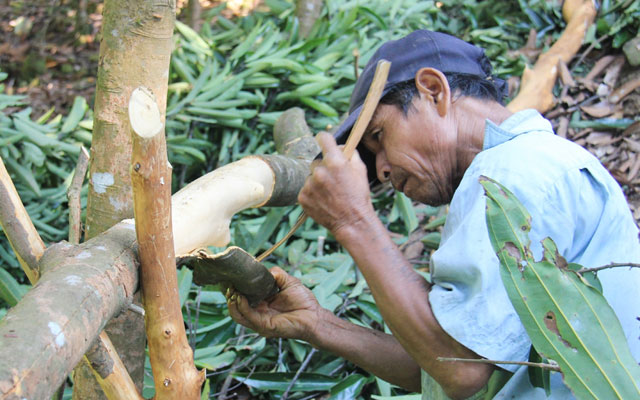 How to use of cinnamon bark in daily drinks