From 2020, some growing cinnamon areas in Ta Mit, Nam So and Nam Can commune have been pruned with leaves and branches to sell to individual households and cooperatives in the commune and district at the price of 1,000 VND/1kg of fresh leaves and branches to extract cinnamon essential oil. According to the plan, from 2021 to 2025, the district will continue to plant 300 hectares of cinnamon, bringing the total area to 3,400 hectares. Therefore, ensuring output as well as creating sustainable income, Tan Uyen is promoting to attract businesses to invest, form a production chain to improve the value of cinnamon.

On the land of Mr. Lo Van Tien’s family in Phieng Ang village, Nam Can commune, Tan Uyen district, only cassava is grown. Cultivated for many years, the land is barren, and the yield of cassava next year is lower than the previous year. While struggling to find a way to convert, in 2016, the Party Committee and commune authorities implemented the policy of developing alternative plantation forests with one-time support policies on seeds and money for land conversion. His family boldly participated, with an area of ​​​​5 hectares, thanks to good care, in 2021, the family had the opportunity to sell products to the market. 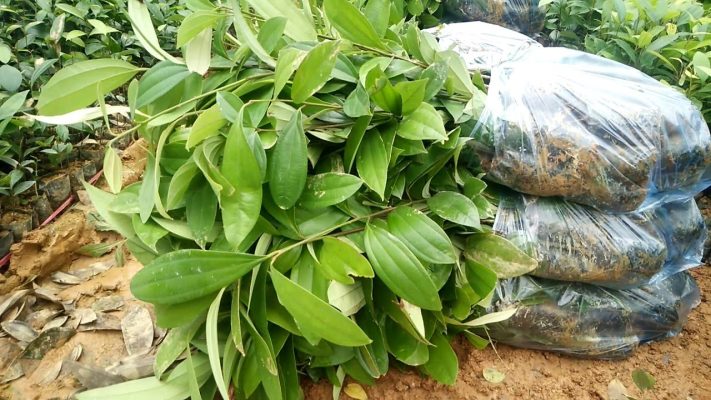 As one of six districts of the province selected to implement the project of developing cinnamon trees in the province in the period of 2017 – 2030. Thanks to the appropriate area planning, creating consensus and support of the People, Tan Uyen district has the largest growing cinnamon area in the province with more than 3,000 hectares.

Thanks to the good publicity work and the implementation of support policies of the province and the district, cinnamon also took root and flourished in the fields of Nam Nhon district. Particularly in 2021, the people of 7 communes in the district have exceeded 102.19% of the assigned cinnamon planting plan (202.19/100 hectares), and planting miles in 2018 and 2019 is 55.17 hectares. Contributing to increase in forest cover reaching 55.17%.

Cinnamon is not a new plant in Lai Chau. Through the development process, affirming high economic value, suitable to the climatic conditions of many localities in the province. In 2016, the Provincial People’s Committee approved the Cinnamon development project in Lai Chau province in the period of 2017 – 2030. 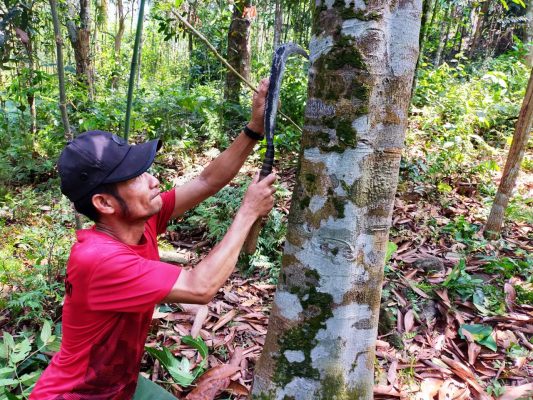 During the implementation process, the People’s Council and the Provincial People’s Committee have issued resolutions and decisions on specific support policies for households, individuals, cooperatives, cooperative groups as well as businesses with projects. Localities also have creative ways of doing things such as organizing delegations with leaders of communes, towns, villages and farmer households to visit and learn experiences in effective cinnamon growing areas in neighboring provinces. Directing specialized agencies to implement the motto “hands-on” from the stages of plant clearance, soil preparation, seeding, and care to harvest. Strengthen search and encourage businesses and cooperatives to associate with farmers in planting, purchasing and processing products from cinnamon.

By the end of 2021, 7/7 districts will support households and individuals to develop cinnamon in the province with a total area of ​​8,500 hectares. Tan Uyen has the most with nearly 3,200 hectares, Sin Ho is nearly 2,400 hectares, and Muong Te is over 1,300 hectares… It shows that cinnamon has really been well received by people in the province and identified cinnamon growing as a profitable profession. sustainable way out of poverty and get rich. 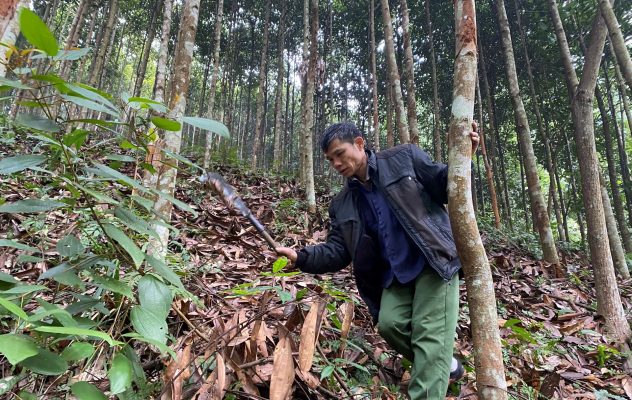 Currently, the general mentality of cinnamon growing households in the province is still the output when cinnamon is harvested. This issue is also being paid special attention by the Department of Agriculture and Rural Development. Accordingly, the Department will actively coordinate with other departments, agencies, and People’s Committees of districts and cities to advise the Provincial People’s Committee to implement policies to encourage the development of cooperation and association in production and consumption of products in the  province, including the production and consumption of products from cinnamon. Attracting investors inside and outside the province to participate in planting, processing, and consuming cinnamon products. Organize advocacy and guide people to bring cinnamon products into the Program “One Commune One Product (OCOP)”; branding of cinnamon oil in Lai Chau province.

Cinnamon trees not only contribute to greening bare land and bare hills, but also the first step in people’s income and the province’s companion on output. This is a necessary and sufficient condition for the Lai Chau people to firmly believe in the development orientation of the province.