In this article, we will answer the question “How to make Van Yen district get rich thanks to cinnamon trees?” Follow me for answers.

With an area of ​​45,000 hectares, Van Yen district, Yen Bai province becomes the “capital” of Vietnam cinnamon of the whole country. This staple tree has brought opportunities for local development and helped people get out of poverty.

Van Yen district get rich thanks to cinnamon trees

In Tan Hop commune, Mr. Ban Van Minh’s house, Lang Cau village is the household with the largest cinnamon growing area in the commune with nearly 60 hectares. Mr. Minh said, since the age of 9 or 10, he knew how to grow cinnamon. Up to now, after nearly 40 years old, he has 30 years of seniority in growing cinnamon. Mr.Minh shared, now each hectare of cinnamon is worth 1 billion VND. For the past few years, cinnamon has been valued, so the wages for doing “follow-up” jobs are very high. In the cinnamon harvest season, they have to hire nearly 20 workers with the lowest salary of 250,000 VND/person/day. The elderly and children can also participate in the preliminary processing process with a good salary. For example, children breaking branches also earn 100,000 VND/day; Elderly people who break the leaves also get 60,000 VND/kg. Meanwhile, peeling cinnamon has the highest salary, from 500,000 VND/person/day or more. 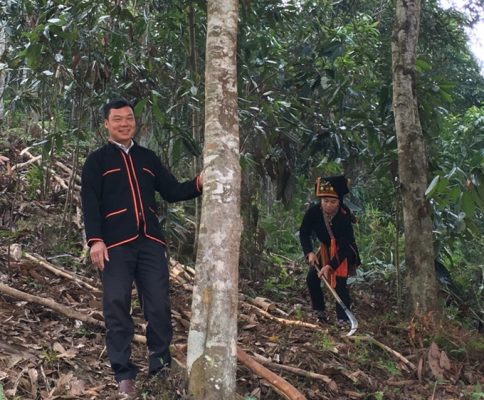 Van Yen district get rich thanks to cinnamon trees is true

Get rich thanks to cinnamon trees export. Mr. Ban Van Minh, from Cau village, Tan Hop commune, confirmed that each hectare of cinnamon is worth 1 billion VND.

Chairman of Tan Hop Commune People’s Committee Trieu Quoc Toan said that thanks to cinnamon trees, 80% of households out of nearly 1,300 households in the commune are considered “billionaires”, ie having 1ha of cinnamon or more. In Lang Cau village alone, over 80% of households can build solid houses worth 1 billion VND or more. The cinnamon tree is truly the life-changing tree of local people. “I myself have 15ha of cinnamon. Thanks to cinnamon, I have money to buy a car and build a house,” said Tan Hop Commune Chairman excitedly. 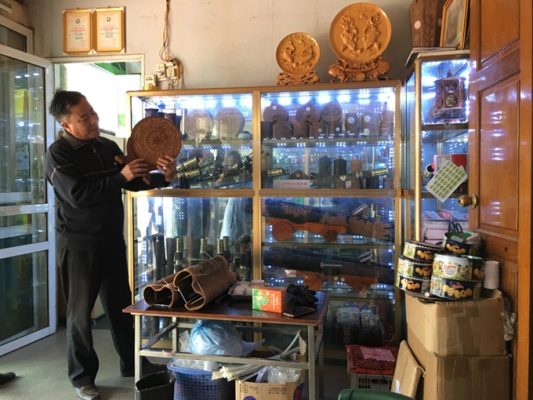 Thought that Tan Hop was the richest commune thanks to cinnamon trees, what makes us surprised when we met the Chairman of the People’s Committee of Van Yen district Ha Duc Anh is that the district has much richer communes.  According to Chairman Ha Duc Anh, Cinnamon is the crop that brings the highest value to Van Yen people, with about VND 500 billion a year, accounting for 23% of the total value of agricultural, forestry and fishery production in the area.

Cinnamon planted for 4 years or more is to start cutting and pruning, selling several hundred thousand dongs per cubic meter for firewood. Cinnamon stick from 5 years old or more can be peeled and collected. The older the tree, the higher the profit. In the past few years, when the area of ​​cinnamon in Quang Nam province has shrunk, cinnamon in Van Yen has risen to the throne. The price of raw materials is very high, people have good income, so now, all communes of the district grow cinnamon, provide processing materials and ancillary services such as producing seedlings, peeling plywood … for nearly 200 businesses, cooperatives and households in the area to operate. 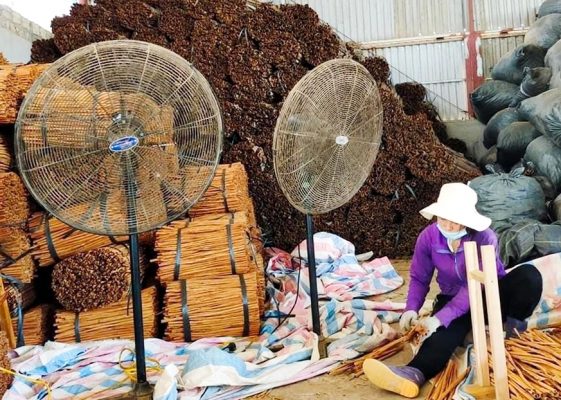 visit Van Yen district to get rich thanks to cinnamon

The current priority is that the district invites and continues to have mechanisms and policies to encourage businesses and cooperatives to invest in equipment and machinery for the deep processing of cinnamon bark in the locality. Van Yen’s cinnamon bark is currently only being preliminarily processed on the spot, then it has to be moved to Bac Giang and Bac Ninh provinces for deep processing before it can be exported to fastidious markets such as Europe and Japan. Cinnamon products processed on the spot can enter the market more easily such as China, India so the production value obtained is not high, not commensurate with the product quality.

From the main cinnamon tree as a premise to take off, Van Yen strives to build an increasingly progressive and civilized countryside, improving the lives of the people of ethnic groups in the area – decisive factors for the mountainous district. The western part of Yen Bai province is determined to meet the new rural standard by 2025.

Above is the answer to ” How does Van Yen district get rich thanks to cinnamon trees?” . Hope this article can answer some of your questions. Please continue to follow the latest article about cinnamon with me. Thank you so much for reading.