Dubbed the “capital” of organic cinnamon with the largest area and output in the country, Van Yen district (Yen Bai province) is implementing many policies to enhance the efficiency of cinnamon growing models, increase value production of the people, and ensure environmental benefits.

Take advantage of the local strengths of organic cinnamon

Van Yen district currently has nearly 50,000 hectares of land for cinnamon cultivation. In recent years, with favorable natural conditions and advancement in science and technology, cinnamon is becoming one of the key economic crops in Van Yen district, bringing dual economic and environmental benefits.

Xuan Ai is one of the typical communes in building organic cinnamon products. The whole commune has more than 1,000 hectares of cinnamon, concentrated in Doan Ket and Ngoi Vien villages, most of the income of people in the commune comes from cinnamon trees. 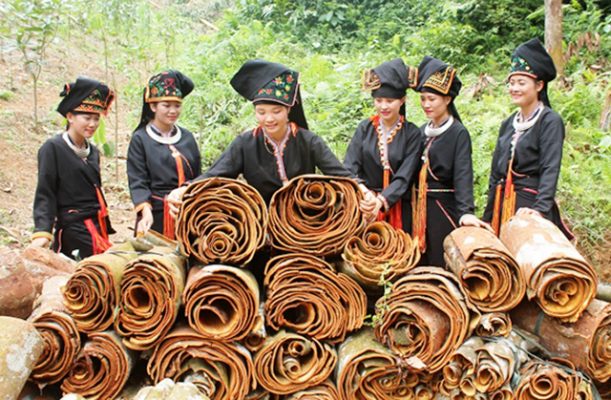 Owning an area of ​​more than 5 hectares of cinnamon, Mr. Tran Van Bang (Doan Ket village, Xuan Ai commune) said: “In recent years, cinnamon trees have high economic value because households growing cinnamon develop in the organic direction, which help to increase the amount of cinnamon essential oil. Besides, cinnamon trees can be used to sell from bark to stem and leaves”.

According to Mr. Bang, for many years now, his family and most of the cinnamon-growing households in Doan Ket hamlet, Xuan Ai commune have no longer sprayed herbicides for cinnamon, instead, weeding is carried out by machine, the care stages also ensure no harmful chemicals.

The change in production methods from small-scale to organic farming not only helps the productivity, quality and value of cinnamon products in Van Yen increase sharply, but also helps the locality to reduce environmental pollution, protect natural water sources and people’s health.

To ensure a clean production process, cinnamon supplier trees grown from 4-6 years old begin to be thinly exploited . There are 2 harvests per year which are March and August. On average, each kilogram of dried cinnamon bark costs 60,000 to 70,000 VND. 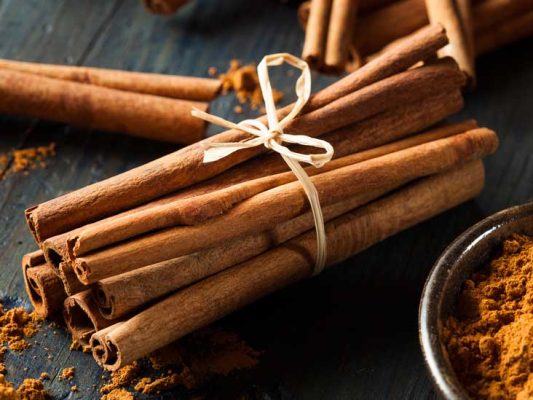 The revenue from cinnamon trees brings Van Yen people over 700 billion VND each year, which contributes to promoting socio-economic development and creating momentum for the implementation of the National Target Program on building new rural areas for the period 2010-2020.

Mr. Doan Van Thuy – Vice Chairman of Van Yen District People’s Committee, said: “With outstanding economic value, in the coming time, the district will continue to maintain and develop the cinnamon area, especially expanding the organic cinnamon area associated with the protection of the natural environment”.

Up to now, the whole district has 200 hectares of simply organic cinnamon. With the aim to reach the organic cinnamon standard, people must plant and care for it towards sustainability, enhance soil fertility and biodiversity, combine with not using synthetic pesticides, synthetic fertilizers …

The district also continues to promote support and mobilize people to grow cinnamon organic according to the planned area, produce organically, and direct people to do green agriculture to improve product quality, increase competitiveness, and expand the consumption market. In addition, the district will actively encourage and support building brands for organic cinnamon products associated with the implementation of the One Commune One Product Program (OCOP) in the locality, encouraging businesses and cooperatives to participate in the deep processing of qualified organic ground cinnamon products for direct export.