With 41,000 tons produced annually, Vietnam is third in the world in the production of cinnamon sector. In comparison to other nations that cultivate cinnamon, Vietnam has the highest export prices. However, the area dedicated to growing cinnamon has grown much too rapidly in recent years, which has many exporters and producers of the crop concerned about potential problems in the event that supply outpaces demand.

Comments made during the workshop “Orientation for sustainable cinnamon development” held by the Center for Rural Economic Development (CRED) in conjunction with the Department of Agriculture and Rural Development and the Swiss Association for International Cooperation in Vietnam (Helvetas). Delegates at a May 11 meeting on rural development in Yen Bai province claimed that the country’s cinnamon business is growing much too quickly given its rapid expansion over the previous ten years. 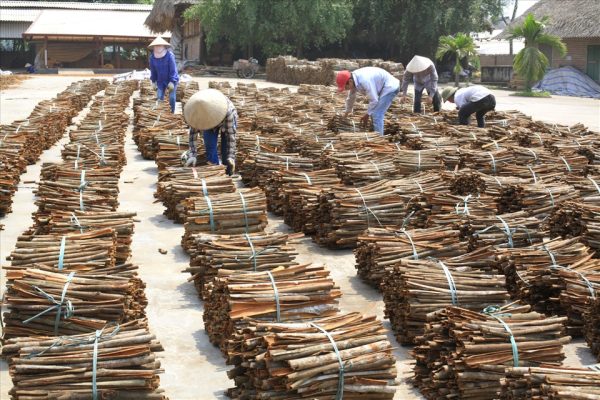 Mr. Vien Kim Cuong, an expert on the project “Promoting gender equality through improving economic efficiency of agricultural production and tourism development” (GREAT), commented on the market for cinnamon, stating that the total annual global production of cinnamon sector is approximately 242,000 tons, the total amount exported is 154,000 tons, and the domestic consumption is 87,000 tons.

According to Mr. Cuong, the average export price of cinnamon from Vietnam will be around 4 USD/kg in 2021. This is the highest price among the major nations that produce cinnamon sector, higher when compared to China, Indonesia, and Sri Lanka. With an average selling price of up to 7 USD/kg, Germany is another country that exports a lot of cinnamon-related goods. However, because this nation imports raw cinnamon for processing and re-export, the price of German cinnamon is higher than ours because it represents the cost of highly processed goods. While the majority of Vietnam’s exports of cinnamon are raw materials. Mr. Cuong explained that formerly, Vietnamese cinnamon was primarily shipped to China and India, which is why its export price has climbed steadily over time and outpaced rivals.

Numerous European initiatives have supported Vietnam’s cinnamon sector since 2012, most notably the Regional BioTrade project (BioTrade), which is sponsored by the Swiss Federal Economic Service (SECO) and funded by the Swiss Federal Economic Commission (SECO). executed by the Center for Rural Economic Development and HELVETAS Vietnam (CRED). As a consequence, several Vietnamese cinnamon products have received international certifications for sustainability and organic production.

Along with the assistance of trade promotion for cinnamon, the European market became aware of Vietnamese cinnamon; as a result, many Vietnamese businesses have since shipped cinnamon to Europe directly rather than to India and China.

Consumers and business partners in Europe quickly discovered that Vietnamese cinnamon sector was of greater quality than that from China and Indonesia, therefore they were willing to pay more for it. 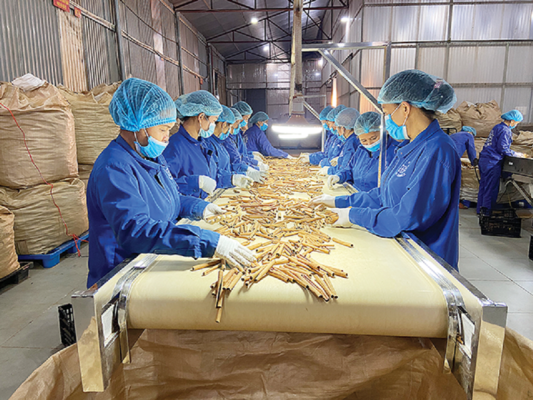 However, as a result of the ongoing price increases, Vietnam’s production of cinnamon sector has grown significantly. The cinnamon business in our nation is growing rapidly, as seen by the robust increase over the previous ten years.

“Short-term demand for cinnamon is expected to increase more quickly than the predicted 8–12% increase in world supply. Prices for cinnamon are anticipated to be high for the foreseeable future. Long-term, however, the possibility of price increases would diminish if more Indonesians start cultivating cinnamon again”, said Mr. Cuong.

In the Yen Bai province’s forestry economic growth, Mr. Nguyen Thai Binh, Deputy Director of the Department of Agriculture and Rural Development, explained that cinnamon sector is recognized as a crucial and spearheaded forest tree.

Up to now, Van Yen district (45.2 thousand hectares), which accounts for 56.3% of the province’s cinnamon area, and Tran district together account for the majority of Yen Bai’s production and growing area. Yen 19 000 ha (which accounts for 23.6%). There are now 17 plants in the province that extract cinnamon oil, with a total annual production capacity of 1,000 tons.

Additionally, there are around 400 small-scale facilities that produce cinnamon oil, most of which use a manual process, and have an annual capacity of roughly 200 tons. 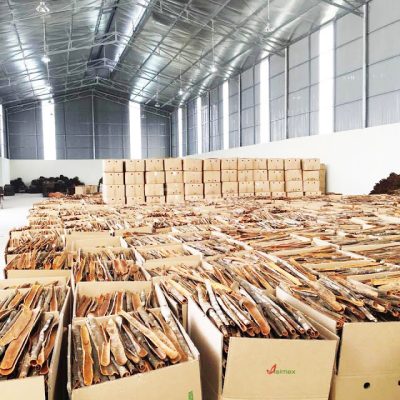 Mr. Nguyen Thai Binh stated that the province of Yen Bai has established a strategy to encourage the growth of organic cinnamon production connected to the value chain for the years 2021–2025. More specifically, 2 billion VND each project is sponsored for developments spanning 1,000 hectares or more.

According to Mr. Kieu Tu Giang, Director of the Yen Bai Provincial Forest Protection Department, “the value of revenue from cinnamon trees is over 1,000 billion VND per year, accounting for more than 50% of the output value of the forestry sector in Yen Bai province. The province has also set a target of maintaining 80,000 ha of cinnamon plantations by 2025, while also promoting 40,000 ha of safe production in the direction of organic and 8,000–10,000 ha of certified cinnamon-producing land. Organic.

Additionally, create a sustainable forest management plan with an emphasis on creating a well-thought-out exploitation strategy. In order to help Yen Bai cinnamon goods gain traction in developed countries like Europe, America, and Japan, the province of Yen Bai is concentrating on promoting the growth of sustainable organic cinnamon production.