Skip to content
Tien Yen cinnamon tree is likened to the “green gold” of the mountains and forests, helping people to rise out of poverty, improve their incomes, and greenen bare land. With soil and climate suitable for cinnamon, for generations, Dao people in Tien Yen village, Bang Lang commune (Quang Binh) have chosen cinnamon as a key crop in economic development. 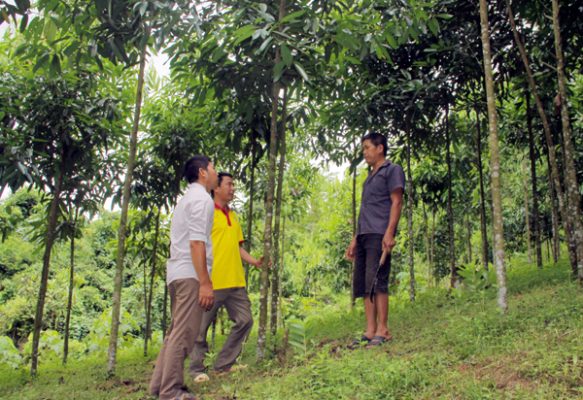 Thanks to the Tien Yen cinnamon tree, the Dao people have a higher income photo 1

Follow the road to the center of Tien Yen village, on both sides of the road along the immense mountainside are green cinnamon hills, stretching straight to the sun. Walking under the dense cinnamon trees, giving off a sweet fragrance, I can clearly feel the new vitality of the land that is changing skin day by day thanks to the cinnamon tree taking root and developing stably here. The Tien Yen cinnamon growing area has been established for a long time, cinnamon trees are not only associated with life and production, but also open a way to enrich the Dao people. Also from the Tien Yen cinnamon tree, spacious and fully equipped houses have sprung up in the middle of a village in a particularly difficult area of ​​Bang Lang commune.
Mr. Trieu Kim Tai, Head of Tien Yen village, said: “Previously, the production forest in the village mainly planted acacia and bodhi tree, only a few households spontaneously planted cinnamon. Realizing that the soil is cool, the cinnamon tree grows quickly, sells roots, bark, wood, branches and leaves, the economic efficiency is much higher than that of other crops, so people learn from each other. extend. area. In 2015, the State supported 70% of the seed price to encourage the Dao people to grow cinnamon, the rest they invested themselves. Up to now, most of the village’s forest area is cinnamon with a total area of ​​63.8 hectares. In recent years, the Tien Yen cinnamon tree “won the throne”, gained a high price, many houses had food and property; Also from the cinnamon tree, people celebrate Tet bigger”. 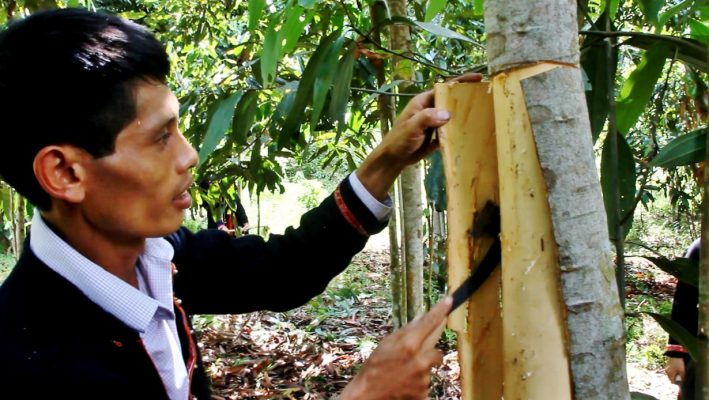 Thanks to the Tien Yen cinnamon tree, the Dao people have a higher income photo 2
As a village official, ensuring enough food and clothing for the people, in the early days of launching the Tien Yen cinnamon growing movement, village head Trieu Kim Tai traveled all the way to Lao Cai province to buy seedlings. quality for distribution to farmers. Not only that, he also propagated, mobilized, and guided people to plant and care for Tien Yen cinnamon trees according to the technical process to achieve high productivity and quality.
Chiem shared: “My family is one of the pioneers in growing cinnamon. It is hard to believe that about ten years ago, my family was poor, had to take care of each meal; Recently, selling 200 million cinnamon coins, my wife and I built a house, bought more buffaloes to raise, and our children fully educated. According to the growth cycle of 10-15 years, cinnamon can be exploited; Cinnamon is easy to grow, easy to care for, must weed, clean up directly, do not use herbicides because it affects Vietnam cinnamon products. Currently with an area of ​​1.5 hectares of cinnamon, I will take good care of it so that I can step by step get rich in my own land.” 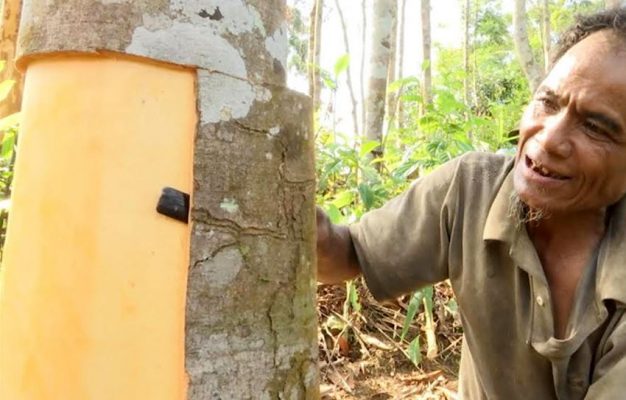 As an extremely difficult village of Bang Lang commune, Tien Yen has 123 households with over 500 people; In which, the Dao ethnic group accounts for more than 90%. With 58 households growing cinnamon, the selling price of wood is 2.5 million VND / m3, fresh bark cinnamon is 50 thousand VND / kg, the total revenue is estimated at 200 million VND / ha, Tien Yen cinnamon has been affirming its development strength. economy, sustainable poverty reduction in ethnic minority areas. Moreover, the output for cinnamon products is relatively easy, traders from all over Tuyen Quang, Yen Bai and Lao Cai provinces come to buy. With the available potential, Bang Lang commune will focus its investment resources on agriculture to expand the cinnamon growing area in Tien Yen village – Chairman of Bang Lang Commune People’s Committee Vu Manh Tiem said.