Viet Nam is known as the third-largest cinnamon exporting countries in the world, behind only China and Indonesia, accounting for around 17% of all the cinnamon consumed globally.

So where can the best cinnamon be found?

Viet Nam is owning a precious “treasure”. That’s a cinnamon forest with an area of about 150.000 ha usually found in Northern mountainous provinces.

According to recent researches, Vietnamese cinnamon is now of excellent quality and is sold in numerous well-known markets.Based on data from Viet Nam’s wood and forestry organization, a partner from the UK is making an effort to give the country a good name by importing 50 containers full of cinnamon products, including cinnamon rolls, wafers and cinnamon, into the Kenyan markets. 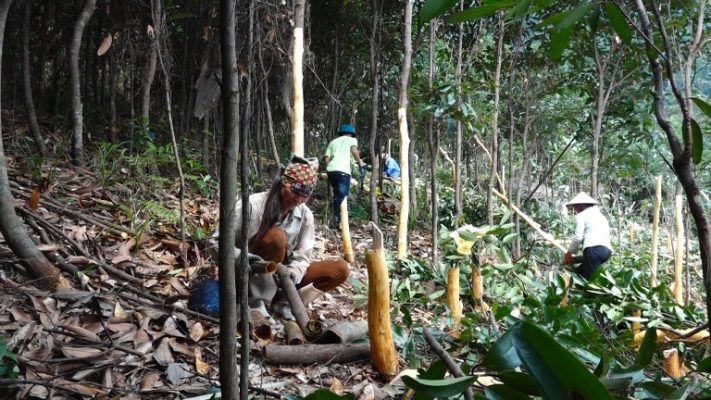 Recently, a customer from Arab Saudi also demands for importing about 5-10 tons of cinnamon powder and wafers in 2-3 months.

In Viet Nam, cinnamon is mostly found in Yen Bai Province, an area with a well-known tradition of planting cinnamon. 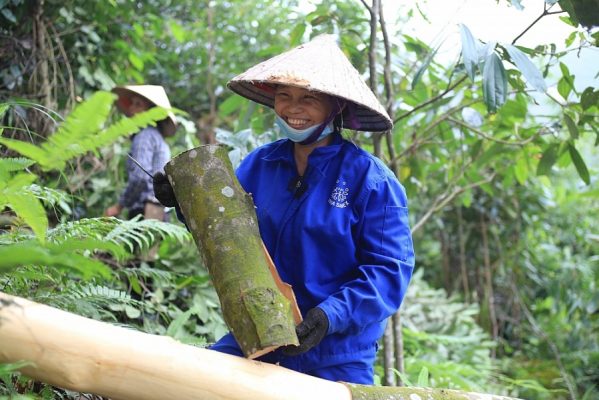 “The market for cinnamon consumption in Lao Cai is comparatively steady and has direct exports to nine other nations, including Singapore, India, Thailand, Malaysia, Bangladesh, Qatar, Lebanon, Israel, and Turkey.”-Mr. Tien said.

The province produces 22, 000 tons of dried cinnamon annually; the 86, 000 tons worth of cinnamon branches are used to make roughly 600 tons of cinnamon oil. Additionally, cinnamon production exceeds 70 000 cubic meters. Over 1 trillion billion dong are made in profit annually from the cinnamon plant.

“ Vietnam sells cinnamon on average for $40 per kilogram, more expensive than in China and Indonesia.”- Mr. Cuong said. 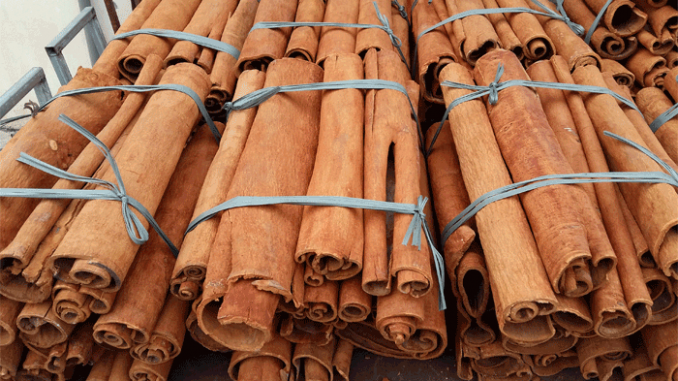 India alone buys 80% of the cinnamon produced in Vietnam, which is consumed by the market, which includes the United States, the European Union, the Middle East, Japan, China, and India.

Notably, he noted, there is a huge global demand for the usage of cinnamon oil, and there is never enough of it available. Although distilling cinnamon oil yields very high profits, certain factories and refining facilities were not constructed in accordance with approved plans.

Currently, Vietnam leads the world in cinnamon production in terms of gross output. Notably, since 2016, the price of cinnamon has risen as a result of rising demand outpacing rising supplies globally. This leads to a significant area of cinnamon development as well as jobs and money for those who cultivate the spice.

Mr. Buif Chinh Nghia – Deputy Director General of the General Department of Forestry asserted :”Besides wood, the international need for cinnamon is gradually increasing, the area of cinnamon in Viet Nam also extends and improves tremendously to meet all market demands. Therefore, without immediate actions, we are likely to cope with some risks of unstable improvement.”