Cinnamon is a commonly used spice that is added to sweet and savory dishes around the world. Cinnamon offers many health benefits, but no one expected that cinnamon is a valuable medicine for diabetes that has the ability to lower blood sugar and help control diabetes.

In 2012, a review of recent studies concluded that cinnamon bark actually has potential benefits in controlling blood sugar levels. A study published in 2009 also showed that taking a capsule (containing 500mg of cinnamon) for 90 days will improve HbA1C levels (an indicator that reflects average blood sugar levels in people two to three months ago). for people who need to control type 2 diabetes (usually Hb A1C level is higher than 7%).

Several recent small studies have linked the use of cassia broken and its effect on improving blood sugar levels. One of those studies suggests that cinnamon bark can curb blood sugar thanks to its ability to reduce insulin resistance.

Cinnamon is classified into 2 common types:

Ceylon cinnamon or “real cinnamon” originated from Sri Lanka and the southern provinces of India.
It is made from the inner bark of Cinnamomum verum.
Ceylon cinnamon is light brown and contains many fibers tightly wrapped together with a soft covering on the outside. These properties make it of high quality and characteristic texture.
Ceylon cinnamon is less common and has long been used as a cooking spice. It is quite expensive compared to the popular Cassia cinnamon.
Cinnamon contains antioxidants that have many health benefits.

rand. This helps you ensure the contents of the packaging are fully labeled and do not contain any contaminants

Is cinnamon safe for people with diabetes?

Unless you are having liver problems, it is safe to use cinnamon in food. However, if you have liver disease, be careful. Consuming large amounts of cinnamon can make your liver disease worse.

If you are considering taking cinnamon supplements, consult your doctor, especially if you are taking any medications. Similarly, review the product’s b or other hazardous ingredients. 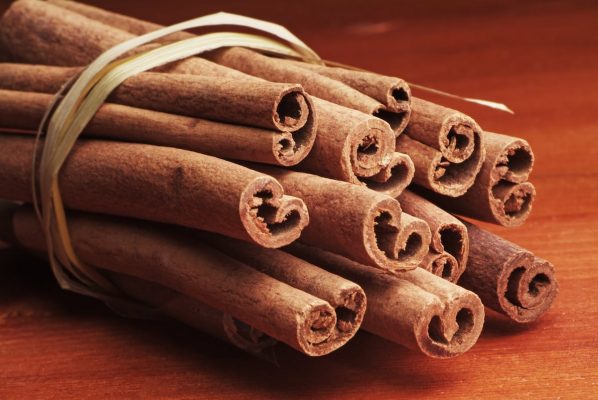 The effect of cinnamon on diabetes

Cinnamon has the same effect as insulin and increases insulin sensitivity

In people with diabetes, the pancreas cannot produce enough insulin or cells do not respond to insulin, resulting in high blood sugar. Cinnamon can help lower blood sugar and fight diabetes by mimicking the effects of insulin and increasing glucose transport into cells.

It can also help lower blood sugar by increasing insulin sensitivity, making it more effective in moving glucose into cells.

Several controlled studies have shown that cinnamon is effective in reducing fasting blood sugar. A review of 543 people with type 2 diabetes found that cinnamon consumption was associated with an average reduction in blood sugar of more than 24 mg / dL (1.33 mmol / L).

Although the research results on blood sugar lowering effect are quite clear, cinnamon has not been proved convincingly yet.

Some studies report a significant decrease in hemoglobin A1c, while others report no effect. The conflicting results may be partly explained by the participants ‘differences in the amount of cinnamon provided and the participants’ previous blood sugar control status.